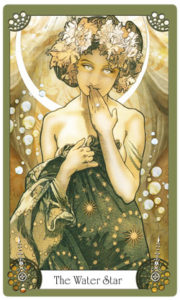 Emily happily forked mouthfuls of some exotic Indian dish she had no name for into her mouth. She sat at an intimate table of three on a second floor patio. They were out in the open with the breathtaking starry sky spreading out over their heads. There were next to no city lights for miles and miles so there was no pollution (debris or lights) to obstruct their view. The heavens were infinite above.

The best part for Emily was that her dinner companions had allowed her a glass of wine. She felt quite fancy and scandalous though she was quite sure they’d just given her some suped up grape juice.

She was being entertained by the conversation taking place between Minerva Mox and great aunt Emma –who she had officially decided to call Miss Emma. Their wine was quite genuine and they were far from drunk, but each was feeling cozy in their own old skin.

The conversation at hand was about turn of the century love affairs. Thankfully the details they were offering were quite shallow and properly rated for their young company. Emily found it hard to believe the tales were true anyway. They were speaking of Paris during its cultural heyday –something Emily was vaguely familiar with through movies like Moulin Rouge and what few school studies she’d had about the authors and artists of that era. As old as the pair appeared she couldn’t imagine them being remotely old enough to have been there at that time. That was the stuff of time machines or old age drugs. It was entertaining nonetheless. She was especially tickled by the fact that neither woman would outright call the other one a liar. They both relied heavily on the word fibber.

“Meh.” Minerva growled. She turned her attention to the younger female between them. “And lookit you! I brought that pitcher of milk out all for you. Miss Emma and I have had a century to grind our boring old taste-buds down so these spices don’t destroy our tongues. And you’re not even breaking a sweat! You are your mother’s daughter.”

Emily said nothing, she just smiled back. Even if the wine in her glass was real she’d never feel as light and tipsy as she felt naturally in that moment. As much as she cherished every moment she’d ever spent with her mom and dad she still felt she’d been cheated out of too much time she could have had with them. Feeling that –this didn’t bring her parents back, but this was still the first moment were she felt both loved and in a good place since losing them. It was a start. This led to Emily’s first over-share in months.

“Part of my early trips with my dad when he moved into the city was he’d take me to this Mexican restaurant and we’d make bets who could eat the spicy dishes. Dad always won at first. I got better at it. Then I was beating him! It was a mixed victory though. I could stand the spices but I’d get the wicked farts at the end of the night.”

For a moment there was silence at the small table and Emily immediately felt very stupid and wished she could take back every word. Then nearly at the same time both of the old women started laughing with such intensity Emily thought they might shake their old skins off.

The laughter crept in and Emily found herself laughing just as hard. It had been so long. So very long since she felt she had a right to laugh about anything when she should be feeling so very sad.

“Thanks for the head’s up girlie. I’m glad Miss Emma put you in her side of the house!”

Minerva leaned over and gave the young woman a good natured wink.

“On that note –I’m going to excuse myself for a moment to take care of some business. I can’t tempt my body with gas. It might propel me out of this mortal coil.”

Minerva stood up from her chair and with a brisk walk belying her age moved off the patio for destinations unknown to Emily.

Emily sighed, still feeling the giggles just at the corners of everything.

“What’s wrong with Minerva Miss Emma? She’s old but not old. I can’t figure her out.”

This question sparked a surprised but pleased reaction in her great aunt. She looked thoughtful for a moment –as though she was really thinking about the question. It probably came down more to a question of what was appropriate to offer about the other old woman at this point. The situation was very new and very little had been talked about really. Read More