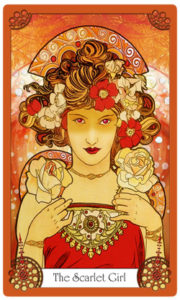 Chapter II / Part I / Mab and her Fairies

“She went everywhere that one. The more nomadic she became the more her senses began to change. In life Mab had been a quite ordinary middle-aged woman with an incredible green-thumb who loved her husband and was reasonably satisfied with her life because she was with him. When he was gone she became a singular creature who wanted to see everything, to know everything she could know. She traveled to Florida to see the coral castle and had lively debates about how old Edward had moved all that rock around. She visited the Winchester house and nearly stepped through one of the doors to nowhere. Though technically it did lead somewhere: Down, at a falling pace. That woman can tell you a story or two about her travels. Believe it.” This caused Miss Emma a thoughtful smile.

“One day Mab was presented with an experience that showed her just how greatly her senses had changed… how she was seeing so much more of the world than the average person.

“She was in a large town sitting on a park bench feeding ducks. One of the ducks became startled and started flapping its wings most violently and quaking at something Mab couldn’t see. Finally the duck darted forward and sitting there was an ugly little creature she described as looking like a very old and angry sweet potato. It had arms and legs and a cruel little face where at that moment had a mouthful of duck feathers in it.

“When the creature realized that Mab could see it, it was just as startled as she was. They stared one another down until finally the creature became spooked and ran away. To this day Mab hasn’t successfully been able to identify the creature and at the time she didn’t want to figure out what it was. She was too busy being perplexed by having seen it. It was the start though. From that point after Mab would see things everywhere. And they were things that everyone could see if they wanted to. She realized people simply did their best to filter those things out.

“Mab began a diary and she recorded any little thing that she saw. She sketched these things and slowly began to accumulate her own little dictionary of strange creatures. Often she would visit a library in whatever place she was staying and look through books to see if she could better identify these creatures. When she discovered what a creature was she added that name and notes to her diary.

“Eventually it became apparent to her that she was mostly seeing some of the more mischief laden and nastier creatures talked about in myths or children stories. She wanted desperately to see the beautiful creatures of their kind but they were elusive. She might catch a colorful shadow but she never laid eyes on the shadow caster properly. But when she finally did, she realized why she wasn’t seeing these creatures. At least not seeing these creatures where she was looking for them. Read More